Linking hundreds of millions of people, Twitter has enormous power as a communications medium. Yet this power is limited by the fact that it is a heterogenous network, not a homogeneous one - meaning that users have unequal numbers of connections for communicating. A very few individuals have millions or even tens of millions of followers, while the vast majority have fewer than 100. The most recent statistics show the median number of Twitter followers for all Twitter users is 61.

How do most celebrities and stars who are at the top of the Twitter chain use their power? The same way most of them use other media they have access to because of their fame - by failing to speak out on anything controversial that might negatively effect their fanbases and hurt their bottom lines. There are exceptions, of course, like @MiaFarrrow and @mrdannyglover, public figures who use their soapboxes wisely on Twitter and elsewhere. Yet for the most part, top users aren't tweeting about the real news.

But a lot of progressive activists are. As someone who just started regularly using Twitter in 2014, it seems like a shame to me that many of the creative, dedicated users I've met so far who devote a substantial amount of time to sharing important progressive news on Twitter don't have bigger megaphones. 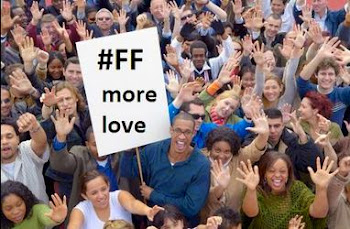 To spread the word about progressive Twitter users who are keeping people informed about what's really going on, you can nominate yourself or another user for our site's #FF list or any of its newsfeeds. Simply e-mail us: leftweets -at- gmail.com.

If you have already been added to the #FF list, you can nominate up to five other users for inclusion. We follow all #FF members, so you can also contact us via DM: @leftweetsdotorg. E-mail us if you would like to change your profile's featured tweet. If for any reason you do not want to appear on this list, please let us know and we will remove you.

Contact us with any additional questions, and thanks for reading!

Nominate another Twitter user or yourself for possible inclusion on our site's #FF to Follow list, news feeds or Worth Retweeting posts using submission form at bottom of site.
More information on #FF list

Guess even the MSM can no longer ignore the ongoing lynch. #WalterScott #BlackLivesMatter pic.twitter.com/w3icewPGl1

The ultimate inside Job: Donald Trump’s transition team is a sordid new swamp of lobbyists, donors, family and… https://t.co/2FGc32Jixg pic.twitter.com/m4EDqSDE27

"All men are created equal. No matter how hard they try, they can never erase those words." —H. Milk #BoycottIndiana pic.twitter.com/yQMCQk1US0

Include your Twitter username in Name field, a working e-mail address, and username(s) you'd like to nominate for #FF list or newsfeeds, or permalinks to tweets Worth Retweeting. We value angry feedback from RWNJ's, too.

There were 868 fewer polling locations this election vs 2012, many in states with large African-American populations —@amjoyshow pic.twitter.com/IffsitTT4b

If you EVER RT anything RT THIS!✊

What we didn't learn in school
Radical History Tweets